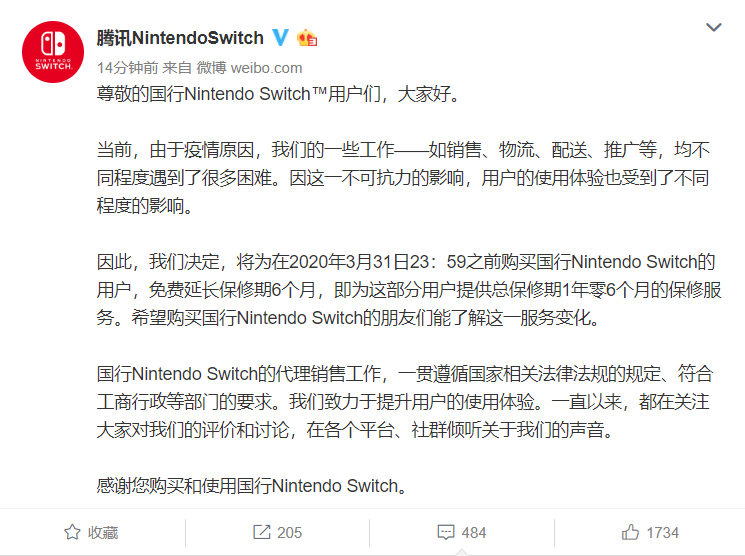 Nintendo switch of BOC was officially launched in December last year, but due to the recent epidemic and other factors, the experience brought by BOC machine to users still has some shortcomings. Just now, the official microblog of the Bank of China announced that all users who bought the Nintendo switch of the Bank of China before 23:59 on March 31, 2020 would be granted a free extended warranty period of 6 months. Here is the full text of the announcement: Dear Nintendo switch of BOC Gamma Hello, users. At present, due to the epidemic, some of our work, such as sales, logistics, distribution, promotion, etc., have encountered many difficulties to varying degrees. Because of this force majeure, the user experience has also been affected to varying degrees. Therefore, we have decided to extend the warranty period free of charge for customers who purchase the Nintendo switch of BOC before 23:59 on March 31, 2020