soyobo > Feeds > Mega39's is selling well. The physical version is in short supply

Mega39's is selling well. The physical version is in short supply 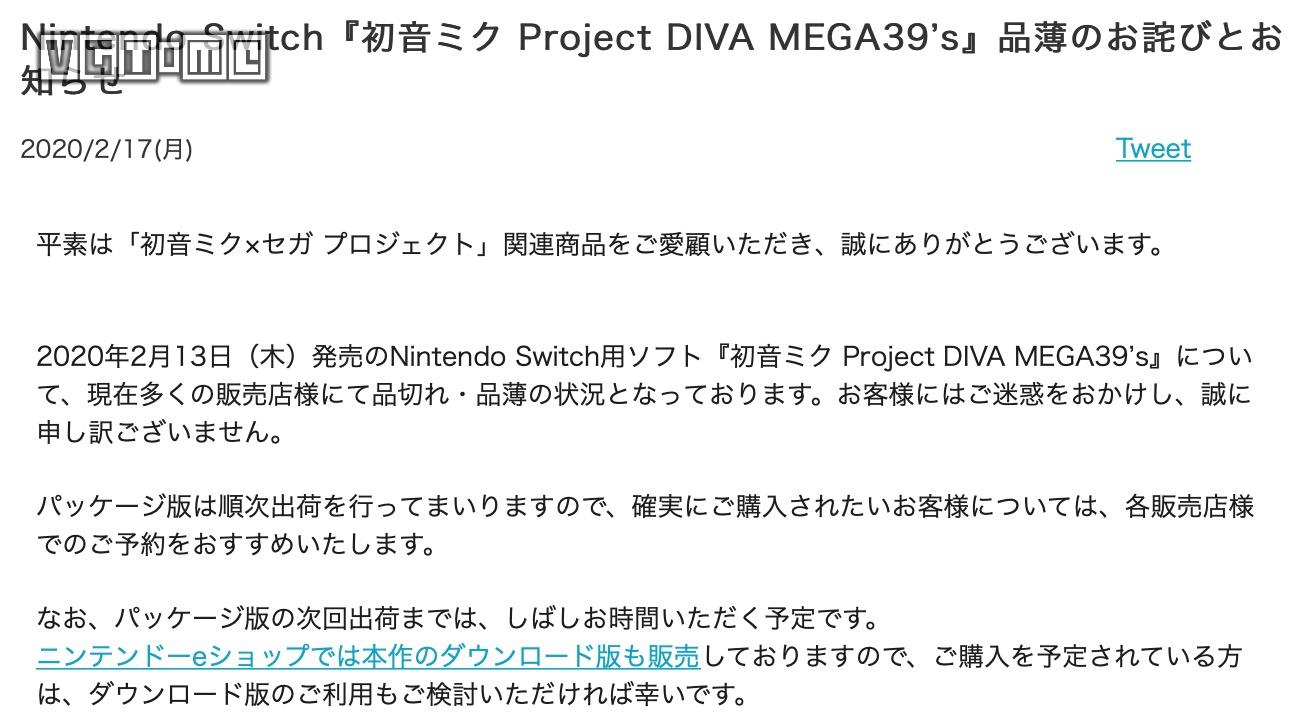 Project Diva mega39's, an enhanced version of Sega's "Ge Ji plan ft" game, was launched on the switch platform on February 13. In the first week of its sale, it sold 53000 copies of its physical sales volume in Japan. Even because it was so popular, Sega issued an official apology. Project Diva mega39's, as the first work of "Ge Ji plan" landing on Nintendo mainframe, adopts a different cartoon rendering style from previous generations, and includes 100 popular tracks and more than 300 pieces of clothing in the past decade. According to the statistics of electric shock online, the first week's digestibility of the project is over 85%, which is much higher than the expectation of Sega. For those who fail to buy the physical version of project Diva mega39's, Sega promises to speed up production and suggests that players consider buying the digital version on eshop. Source: Nintendo everything