soyobo > Feeds > After the cultural confirmation, the price of Taobao's real edition of "Eight-way Traveler" soared.

After the cultural confirmation, the price of Taobao's real edition of "Eight-way Traveler" soared. 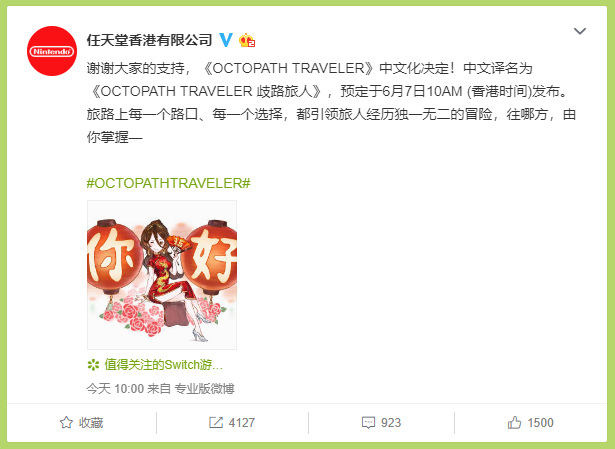 Just at 10 o'clock this morning, Nintendo and Game Officials officially announced that "Eight Ways Traveler" will receive a free update in Chinese on June 7. By the time of the deadline, the micro-blog had been forwarded more than 4,000 times and praised 1,500 times. The excitement of the masses can be seen. Apart from the players, Taobao's owners are obviously more excited. About half an hour after the announcement of the Chinese cultural news, the entity edition of "Eight-way Travelers" has witnessed a substantial price increase. An editor was lucky enough to buy a physical disk for 305 yuan before the price hike. At present, the price of the game is basically over 360 yuan, and many of the prices are just [reservations]. Some of those Taobao stores have even exceeded 450 yuan. At present, the store has removed the game Taobao Search "Eight Oriented Travelers" on the first page of the game price from Taobao search results to select a store to view the historical price of goods, you can see the tour.

Read More
Prev Amy Hennig: The "exclusive attitude" of the game industry and community is not desirable
Next Uniqlo * Monster Hunter * Street King] Linked T-shirts are on sale in China today
Like