soyobo > Feeds > Playing "Dead or Live Beach Volleyball 3 Scarlet" has a feeling: I would rather play than watch "ball".

Playing "Dead or Live Beach Volleyball 3 Scarlet" has a feeling: I would rather play than watch "ball". 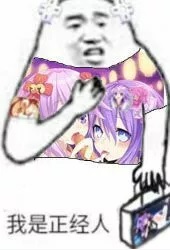 Not long ago, "Dead or Live Beach Volleyball 3 Scarlet" (hereinafter referred to as "Beach Volleyball 3 Scarlet") was sold on PS4/Switch. Sunshine, beach, swimsuit, volleyball, buy is refreshing. I've bought and played a lot of gentleman's games, but I still want to say that I'm a serious person. The reason is also simple, since ancient times, both the East and the West, literati and artists have a persistent pursuit of beautiful women. Many famous painters and sculptors in the Renaissance had works depicting women's carcasses. Ancient Chinese literati and poets also wrote many poems and songs about beauty. When you think about the idioms of "lotus in the water" and "delicious food", they are not all full of welfare. I would never say that I was playing welfare games with a critical eye. I was enjoying welfare games with an appreciative eye. So when I heard that there was a game full of beautiful girls in swimsuits that could operate beautiful girls to play all kinds of games.

Read More
Prev From "Pokemon" to "Heraldry call", the value of the winning road is still interactive
Next Gibbet's revenue in 2018 was 1.655 billion yuan, up 14.9% from a year earlier.
Like